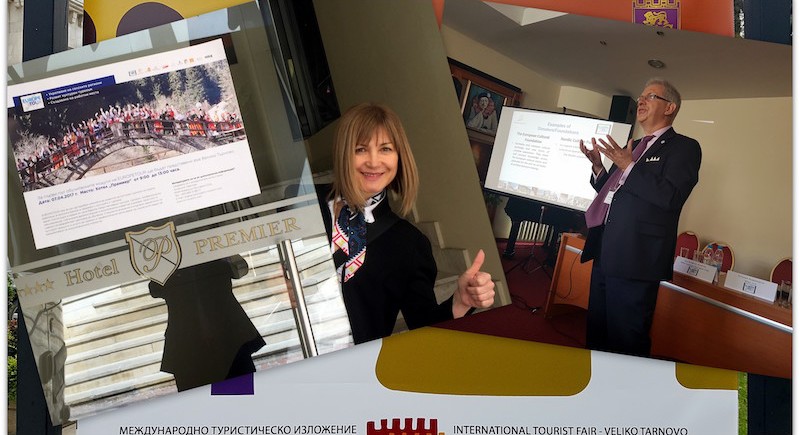 The city of Veliko Tarnovo, a hotbed for cultural traditions & crafts production in north central  Bulgaria, hosted a training session as part of the International Tourism Fair “Cultural Tourism”. 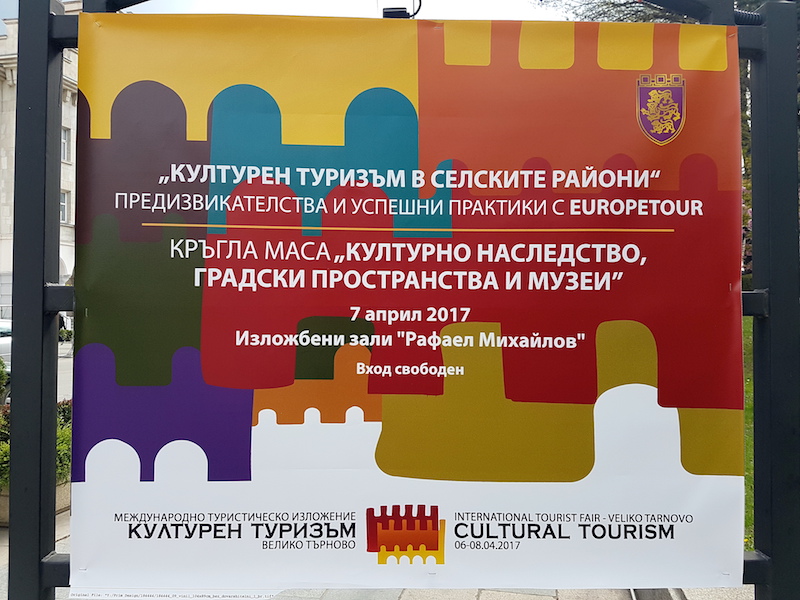 This event proved to be a great success: Representatives from municipalities, art organisations and tourism agencies showed a lot of interest in the presentations of EUROPETOUR partners Karin Drda-Kühn, Angela Ivanova, Lacramioara Beilic and Wolfgang Kniejski.

After an introduction about the vision of EUROPETOUR by Karin Drda-Kühn (Kultur und Arbeit e.V., Germany), Angela Ivanova (INI-Novation Bulgaria) presented the EUROPETOUR training modules and one of the main topics of interest for the Bulgarian tourism stakeholders: Positioning, branding, marketing of cultural tourism in rural areas and the importance of networking. Her presentation was built on so called case-based learning: By providing a best practice example surrounded by theoretical knowledge and practical exercises, a better understanding about the specifics of the topic was achieved.

After that, Lacramioara Beilic (Bucovina Tourism, Romania) presented the region of Bucovina as a best practice example and opportunity for collaboration between Bulgarian and Romanian stakeholders. She highlight her “vision for networking”, sharing what the Bucovina region did for addressing the specific needs of cultural travellers in a successful way.

Wolfgang Kniejski (INI-Novation Bulgaria) gave a deep overview of financing instruments with special emphasis on topics such as value generation chains in cultural tourism, business planning, sales and distribution, as well as market-oriented financing. Best practise examples were provided and many insides about how to build a successful project idea were discussed.

At the end, a best practice presentation about distribution policies from Macedonia complemented the event. Antonio Kuzmanovski, CEO of the Macedonian start-up “WheninX“, presented a service-driven technological solution for fostering cultural programmes for locals and visitors.

Please refer to the entire collection of presentations on SlideShare here.

As a special part of the seminar, a contest was held at the end of the Multiplier event. The topic of the contest was concepts for cultural tourism in rural areas. A special form for participation, called “IDEA CHALLENGE FORM”, was sent out to all the invited stakeholders as part of the invitation. INI-Novation Bulgaria invited an external specialist to be part of the jury. The best idea concepts were awarded by INI-Novation Bulgaria at the end of the seminar and were presented by their creators.  The participants understood these examples as strong encouragement for their own activities. 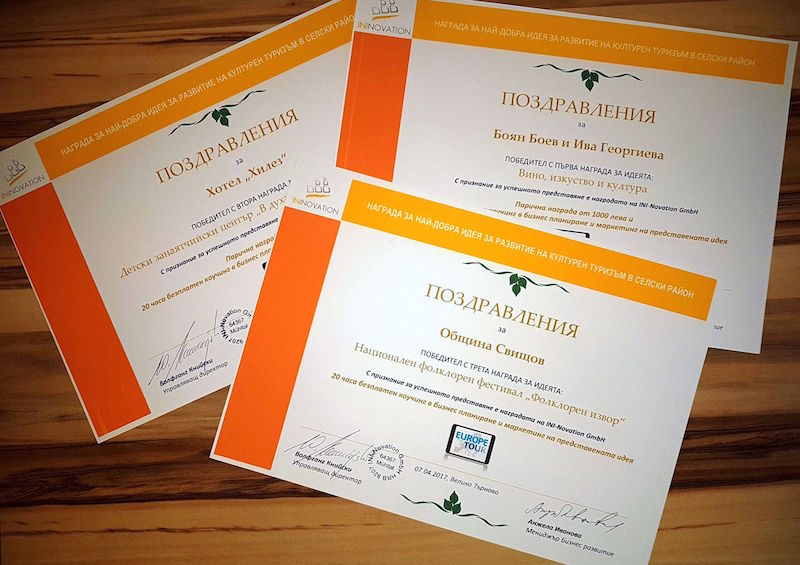 Beautiful vouchers for the prizes that INI-Novation Bulgaria presented to the winners. (c) Angela Ivanova

With special feedback forms prepared by INI Novation Bulgaria, the participants evaluated the Multiplier event as very successful and useful for them. According to them, the most useful topics were the practical aspects of market positioning, sharing good practices in tourism, branding, planning and cooperation for development, as well as financing opportunities.

The overall outcome reflected the huge interest of Bulgarian stakeholders in the field:

“This is why we need the EUROPETOUR training modules“, says Angela Ivanova, of INI-Novation Bulgaria: “Local stakeholders know how to produce high-class products, but they can still learn a lot about branding, positioning, and communicating their tourism products respectively. Most importantly, they learn how to finance their activities and how to build their business plans creating value chains and networks. By developing the training modules as a base, EUROPETOUR is definitely on the right way of providing support for these stakeholders.” 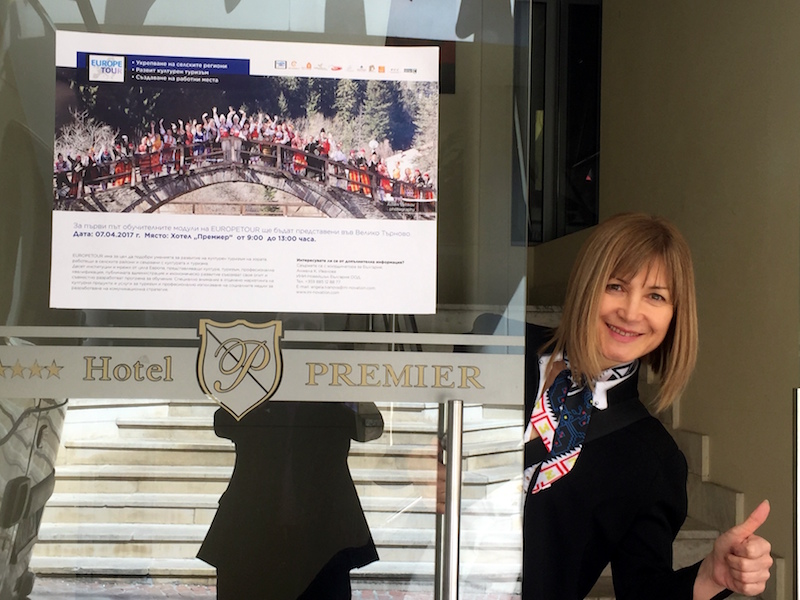 Angela Ivanova in a good mood before the First Multiplier event in Bulgaria. (c) Wolfgang Kniejski