Until the end of 2017 partner Heilbronner Land offers four events in order to train representatives from culture and tourism in topics most relevant for cultural tourism in rural areas. The training is based on the training modules developed in EUROPETOUR.

The ‘Forum Cultural Tourism’ was held on April 4, 2017 in Bronnbach monastery and was open to all interested parties from the Heilbronn-Franconian region as well as nationwide experts from the fields of culture, tourism, municipalities and business development. It was organised cooperatively by  EUROPETOUR, Kultur und Arbeit e.V., the cultural-touristic KIRA-network, the Touristikgemeinschaft Heilbronner Land and Bronnbach monastery.

This forum was the 4th event within a row of seminars based on the EUROPETOUR results. 30 participants joined forces in developing  during the one-day seminar products for cultural tourism. The need for  professionally creating market-oriented cultural touristic products was identified as one of the core issues by the EUROPETOUR survey in 2016 (see  Qualifizierungsbedarfe von Akteur/innen im ländlichen Kulturtourismus , in German).

See the programme of the event.

Christine Förster of Wertheim Tourism presented a best practice – the “Genussführer” (“Route of Delights”) of her region.

Karin Friedle-Unger presented herself as a cultural worker as well as a professional  accomodation provider with her bed & breakfast in Hohenlohe region. 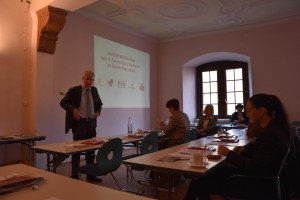 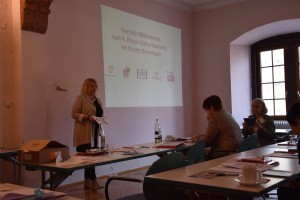 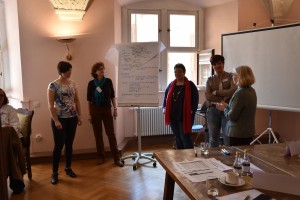 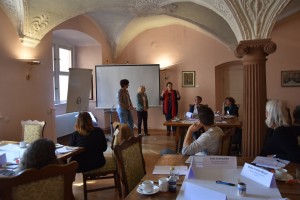 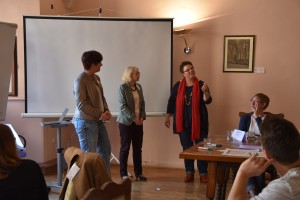 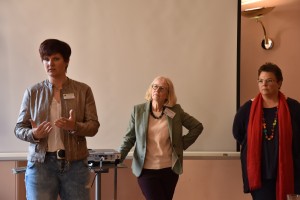 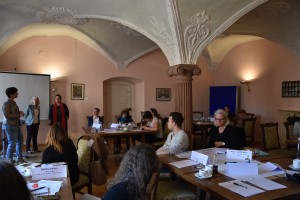 This forum once again aimed at cultural and tourism professionals interested in the development of joint cultural tourism offers. The “Touristikgemeinschaft Heilbronner Land” invited 32 participants to the Heilbronn Komödienhaus for a half-day workshop.

At the suggestion of the participants of the last forum the mutual presentation took place in a “speed dating” in which the participants reported on their existing offers. Following this, Christian Gleichauf, editor of the ““Heilbronner Stimme”,  explained how an editorial works. 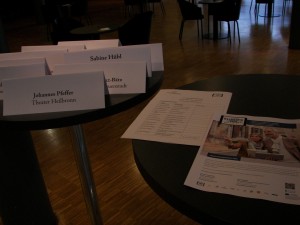 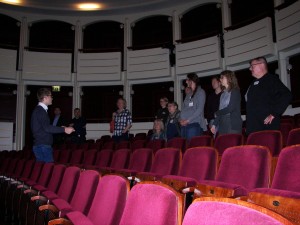 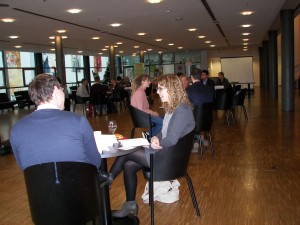 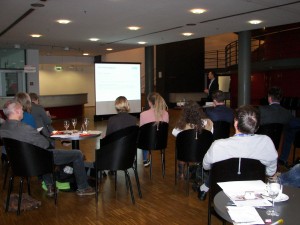 The Touristikgemeinschaft HeilbronnerLand invited for the “2. Forum Cultural Tourism”  to Brackenheim, in order to present and discuss with 35 participants from culture, tourism, economy and municipalities the best practice example of the local  Theodor Heuss Museum .

In the summer of 2016, the Theodor Heuss Museum offered a “literary seminar day” with the regional center for political education in Baden-Württemberg. Museum director Susanne Blach explained her approach and her experiences.

The success factors were clear:

Conclusion of the event: The cultural tourism forums are to be continued as practical support for cultural institutions as for tourism agencies, in order to network more closely and develop products and services together. Organizers Sandra Holte and Tanja Seegelke (Touristikgemeinschaft Heilbronner Land) are recording further topics on which future forums will be concentrated. The participants suggested to create “pilot concepts” of successful products, in order to model them in several facilities. At the request of the participants a list of potential partners, which are suitable for co-operation and joint products, is to be developed. 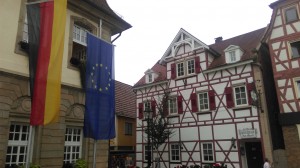 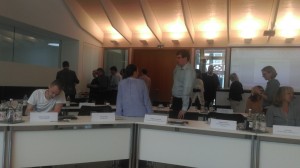 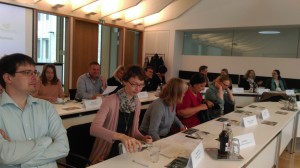 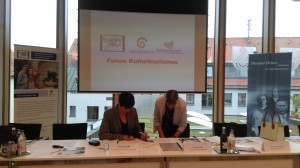 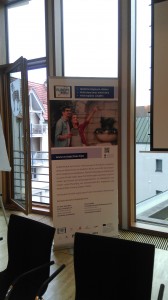 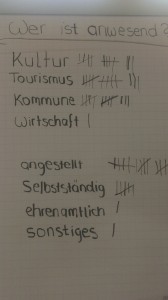 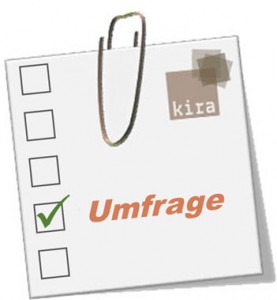 Within the framework of EUROPETOUR, the Touristikgemeinschaft HeilbronnerLand together with Kultur und Arbeit e.V. and the cultural touristic network KIRA for the Heilbronn-Franconia region at the beginning of the year 2016 has conducted a broad survey, the results of which have been available since May 2016. The evaluation showed the scope for interpretation, which is why the results were discussed and clarified with the 30 participants.

The focus was on the question of how tools and qualification offerings should be used to achieve “more visitors”, “more overnight stays” and / or “more income”.

Documentation of the event (in German)